History of the Book: Illuminated Manuscripts and Block Printing

Illuminated materials date back to as early as 500 CE. Before 1500 CE in Europe, all  texts were hand-copied by scribes, usually monks in monasteries (University of Minnesota Libraries, n.d.); the term "Manuscript" comes from the latin manus (hand) and scriptus (to write) (De Hamel & British Museums 1992.) For special books, such as books for the clergy, pages could be decorated with thinly pressed gold and silver, elaborate lettering and brilliant coloring using materials such as arsenic, saffron, or red lead combined with the whites of eggs. These materials gave the book the ability to reflect light, giving the text the appearance of being "illuminated."  The quality and size of the book was dependent on the subject of the book and the individual who was using the book. Paper used for these manuscripts would be parchment or vellum, types of paper made from animal skins. Papyrus was still in use during this time despite the fragility of the material (Dehamel & British Museums, 1992.) By 1400 CE, paper made from linen rags was one of the most common materials for bookmaking (DeHamel & British Museums, 1992.) 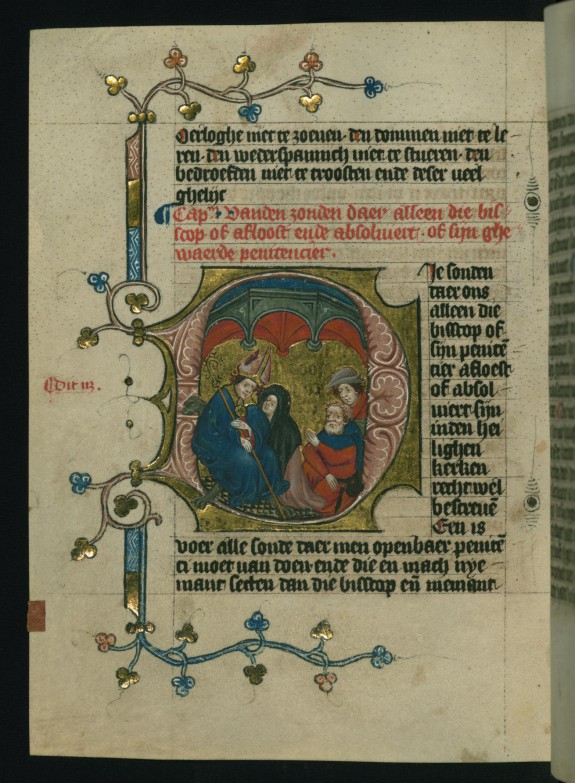 Prior to Gutenberg's printing press, another early form of printing was called block printing. This process required the scribe to carve the page that was meant to be printed onto a wooden block, cover that block with ink, and then press or rub the block against paper to create the page (University of Minnesota Libraries, n.d.) While this method of printing did not come to Europe until around 1500 CE,  block printing on silk in China dates back to before the time of Christ (Valentine, 2012.)

Movable type (one piece of type for each character) was invented in 11th-century China, but failed to replace wood block printing due to its increased expense (Asia for Educators, n.d.) It is worth mentioning that, in 1234 CE, Korea would use metal movable type, a type of wood block printing using metal instead of wood, to print a large, multi-volume courtwork (Valentine, 2012.) While movable type was not widely adopted in China due to its additional expense, when movable type reached Europe in the 15th century, it would have massive, multi-faceted impact for the masses of Europe  (Asia for Educators, n.d.)

Valentine, Patrick M. (2012). A social history of books and libraries from cuneiform to bytes. The Scarecrow Press, Inc.