History of the Book: Modern Printing

The foundation of modern printing practices date back to the innovations made in the Industrial Revolution; new machinery made printing faster as machines slowly became more advanced, with the ability to print more pages per hour. Paper became less expensive to make and the materials that could be used to make it became far more varied than in the past. One new innovation would drive another and demand for newspapers, not books, would be the catalyst for most of these changes (Valentine, 2012.) However, books, magazines ans newspapers were coming off the presses in increasing numbers, igniting an interest in education and literacy (Valentine, 2012.) One of the most valuable contributions of the 19th century was the typewriter. In 1873, an American inventor named Christopher Latham Sholes signed a contract with the famous gun makers E. Remington and Sons to market the very first typewriter and the very first units (later renamed the Remington) hit the market in 1874 (Typewriter 2014.) Mark Twain famously submitted the first manuscript produced by a Remington (Typewriter, 2014.) Most typewriters used ink ribbons to print words on the page and these ribbons would automatically reverse once one of the spools it was attached to would become unwound (Typewriter, 2014.) Other typewriters would use an inking pad that the type would press against before pressing on the page (Typewriter, 2014.) 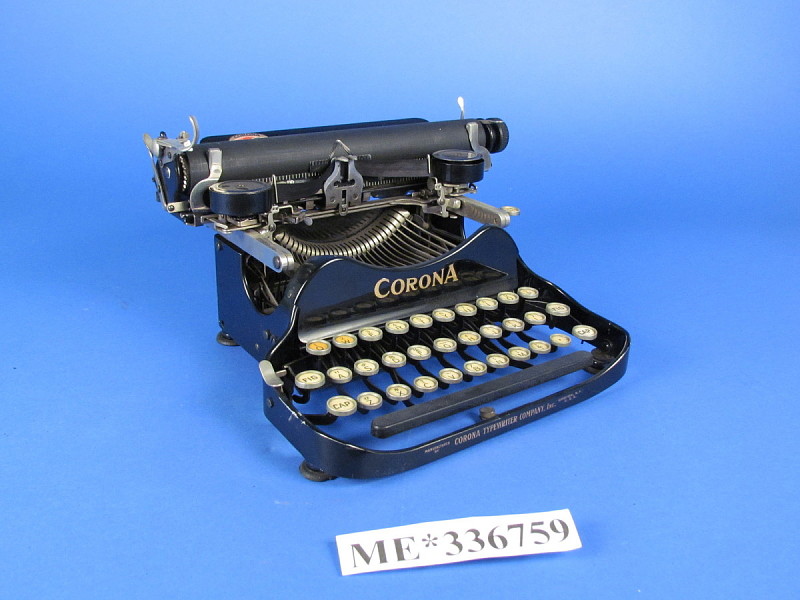 Another crucial invention that lent itself to the print revolution of the 18th and 19th centuries is the linotype, a machine that could mechanize the movable type that had to be cast by hand for so many years prior (Valentine, 2012.) The linotype typesetting machine was similar an earlier typesetting machine called the monotype, another typesetting machine that took away the need for hand-set type when printing materials. The Linotype was patented in 1884 by Ottmar Mergenthaler and could cast metal characters in a line rather than as separate characters (Linotype, n.d.) According to the Thames & Hudson Dictionary for Graphic Design and Designers (2012), the linotype is a hot-metal type composing machine that operates by "producing separate lines of lead typesetting, known as ‘slugs’. The raised letters and words on the slug are formed when circulating matrices are positioned and filled with molten lead." (Livingston & Livingston, 2012) The linotype, typewriter, and other typesetting machines would only be replaced by the computer and its word processing programs that removed the need for physical type (Valentine, 2012.) 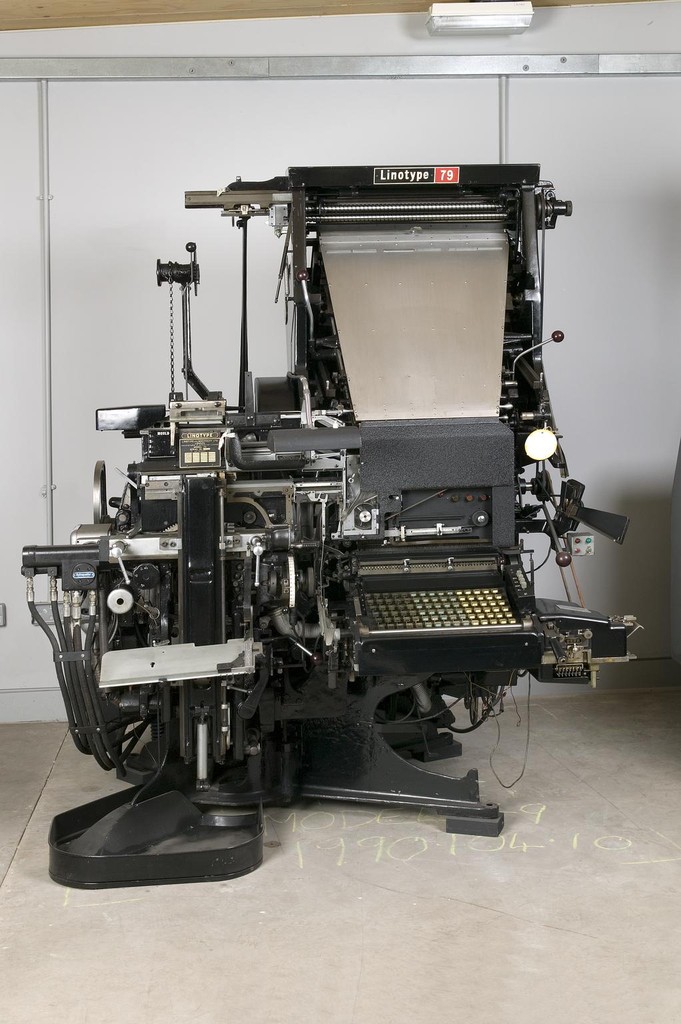 Published materials exploded, print materials themselves became valuable products, and printing and materials trading became an international industry (Valentine, 2012.)  Similar to the internet today, published materials were a way for literate people to keep up with events in their home countries, as well as share their discoveries and thoughts directly with other individuals all over the world (Valentine, 2012.); book reviews in journals and newspapers appeared as early as the 19th century (Valentine, 2012.) The increased output of published materials also increased the number of people interested in education and literacy (Valentine, 2012.) Other types of texts that became more popular in the 19th and 20th centuries include smaller paperbacks, children's literature, Chapbooks (disposable paperbacks like nursery rhymes) and comic books (Valentine, 2012); the first comic books were published in 1933, thanks in large part to the rising popularity of photography in the mid-19th century (Valentine, 2012.) Today, there is a way for almost everyone to enjoy literature, including audiobooks, eBooks, large print books, books in braille, and more. While digital materials have made a significant boom in how we consume text, It is worth noting however that, according to a study completed by the Pew Research Center, most consumers still prefer print books as opposed to eBooks (Pew Research Center, 2022) 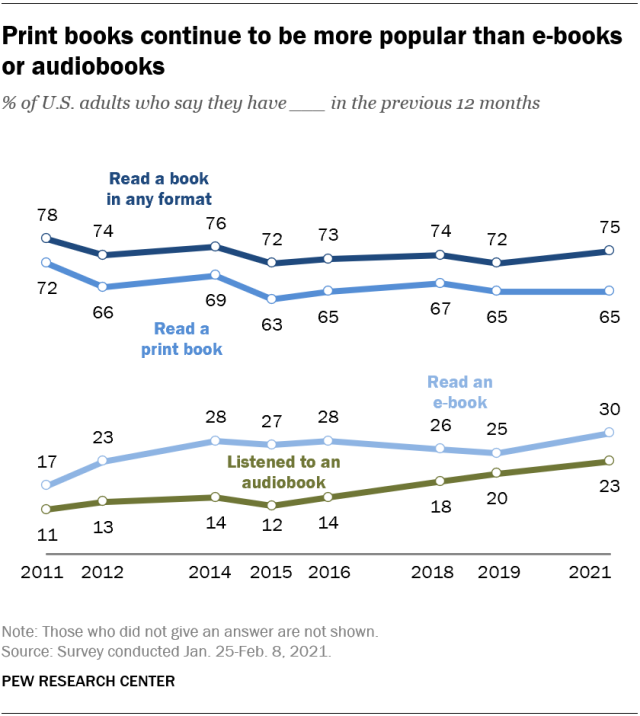 We have come a long way since the early cave paintings of the ancient world. The effects of printing have reverberated through time, producing some of the most significant periods of time in human history, such as the Renaissance, Scientific Revolution, and the Enlightenment ( Museum of the Bible, 2016.) We would not have access to information as readily as we do today if not for the historical developments of paper makers, printing presses, artists, book binders, travel and shipping, and more.

Linotype (n.d.) In In Encyclopaedia Britannica. Retrieved from https://www.britannica.com/technology/Linotype

Pew Research Center (2022.) Print books continue to be more popular than e-books or audiobooks. Retrieved from

Valentine, P. M. (2012). A social history of books and libraries from cuneiform to bytes. The Scarecrow Press, Inc.

How Are Books Made? A Look Inside a 2021 Commercial Print Shop